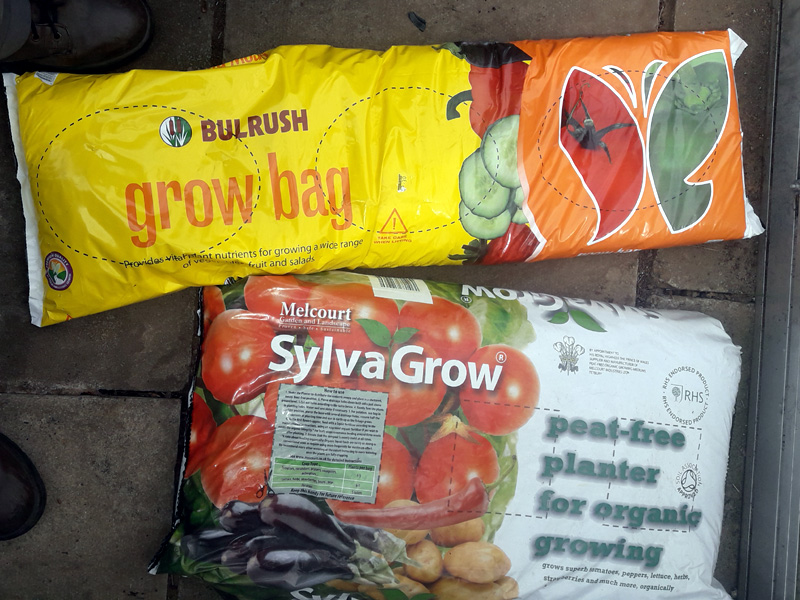 This year I’ve been trialling the new SylvaGrow Peat-Free Planter from Melcourt, one of which I was very kindly sent for the purposes of this trial, alongside a bog-standard 50% peat, 50% “forest gold” growbag (which happens to be from Bulrush), which I bought at a garden centre.

So far I’ve made a note of the trial setup, a few early growth observations, the onset of fruit-set and ripening and now, I’m pleased to report the results of the trial.

This was not a scientific trial, by any means. I haven’t precisely controlled any of the inputs, or taken measurements at exact intervals, or anything as detailed as that. It’s just a small-scale growing trial, in allotment greenhouse conditions, carried out by a busy bloke who, for instance, hasn’t always remembered to water everything exactly when he thought he ought to. In other words: probably typical home or allotment growing conditions.

Nevertheless, I have done my utmost to give all six tomato ‘Maghrebi’ plants in the trial – two grown in peat-free, two grown in standard 50% peat mix and two ‘control’ plants grown in soil-plus-manure – as equal a treatment regime as possible. So when one was watered, they were all watered and by roughly the same amount. When one was fed – which I only did twice, during fruit development – they were all fed with roughly the same concentration of organic liquid tomato feed. When one was pruned to remove some of the lower leaves, they all were and by the same number of stems. And so on.

Whilst this means the results and observations can’t be called conclusive or definitive in any way – a much larger trial would have to be carried out in much better controlled circumstances for that to be the case – I think they’re still valid for the scale and method of the trial and they’re still interesting in their own right.

This has become the main measure of comparative success for this trial. I was hoping to assess the merits of the three methods in terms of flavour, but to be perfectly honest I couldn’t detect much difference between the fruits obtained from the three growing methods.

Weight-wise, here are the totals harvested, picked over the course of a couple of months as and when they were either ripe enough or conditions dictated an early picking:

These photos are representative samples of the fruits from the peat-based Blurush (left) and peat-free Sylvagrow (right) growbags. I’ve tried to be as un-biased as possible, taking a broad selection of fruits from good to not-so-good at peak harvest for both growbags. 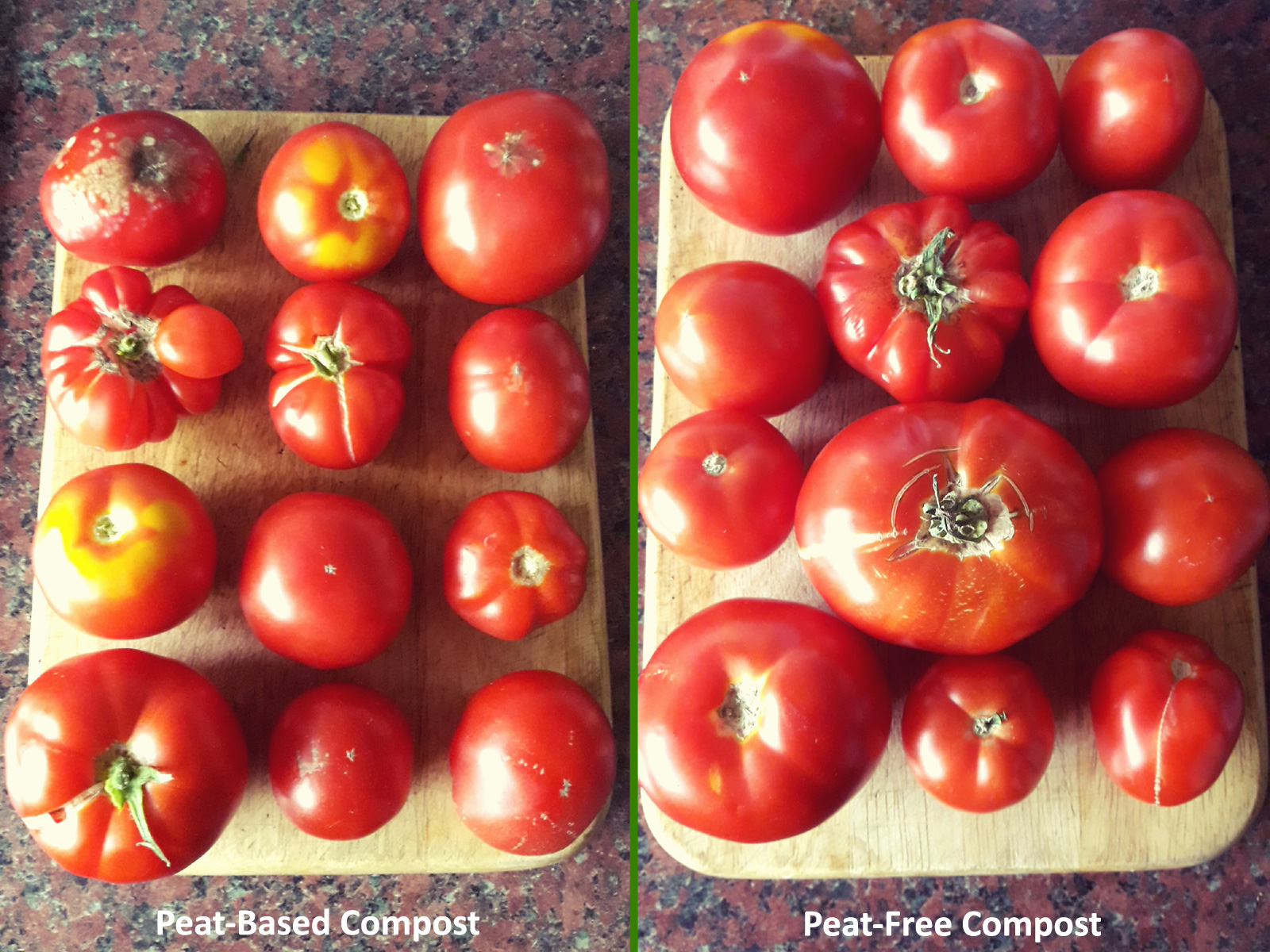 In summary then: next time someone tells you “you can’t grow anything in peat-free”, please do point them in the direction of this here blog post. Or, even better, suggest they ruin their own trial, because there’s nothing like seeing the results for yourself to convince you that peat-free is a viable option.

I for one am satisfied that you can indeed grow very good crops – certainly of tomatoes – in a peat-free growing medium and, given the very real environmental concerns surrounding peat extraction, I won’t be buying peat-based composts for my own use again in future. (Yes, I know what the knee-jerk response to that will be – “but peat-free compost is so expensive!” – and I have another blog post lined up to explain why that’s not actually the case at all.) If you’re interested in looking into the peat-free options, then this article from ethicalconsumer.org should help you broaden your knowledge on the subject.

In the meantime, I hope you’ve found this series of posts interesting, and if you have any questions about the trial, or observations of your own to make (feel free to criticise my method and suggest improvements for the benefit of anyone else who might be reading, bearing in mind that I’ve already acknowledged that my methods are far from scientific) – then please do so, via the comments.