All four tomato ‘Maghrebi’ plants have been growing happily away in the 6’x6′ allotment greenhouse since they were planted out in early June. I’ve been watering them regularly, with as close to the same amount of water per growbag as I can judge, and have fed them a couple of times with liquid comfrey feed, again at the same rate, give or take.

So far all four plants are doing well, but there are noticeable differences: 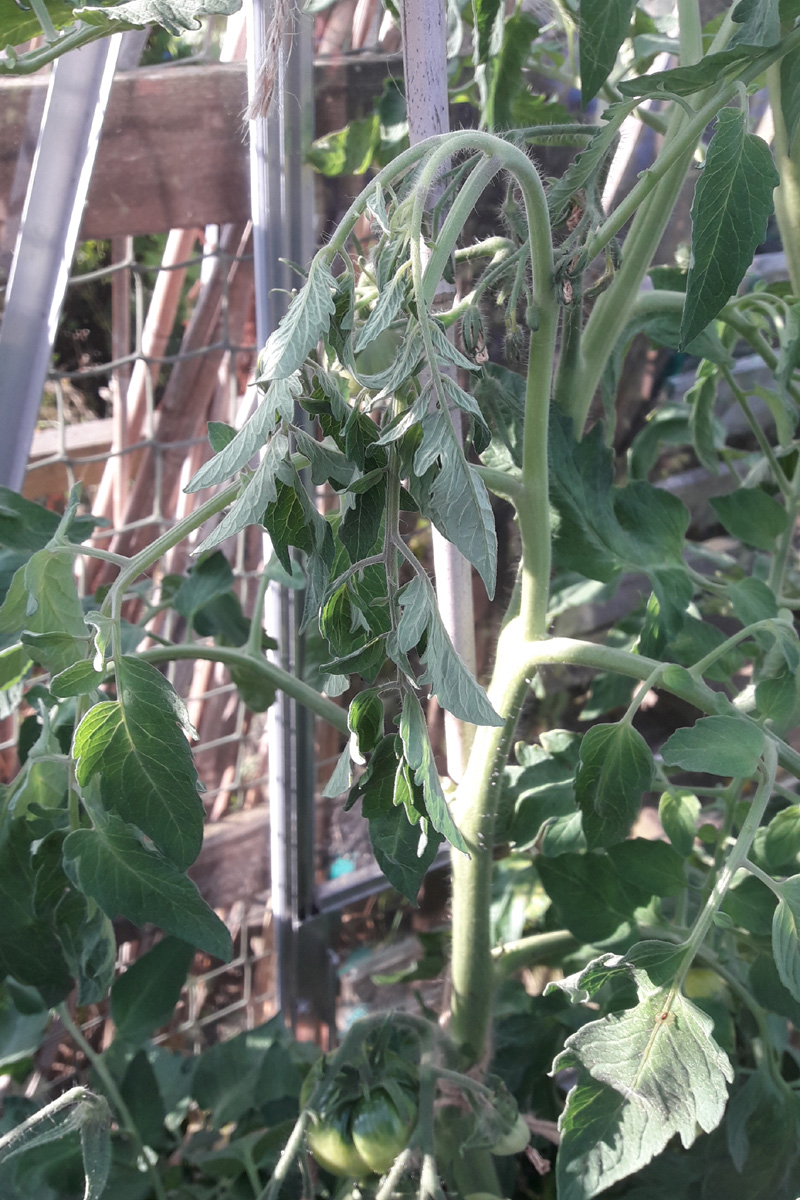 All four plants have set fruit, which is growing but not showing signs of ripening just yet. I’ve not checked for differences between the size or set-rate of the fruits, but I’m planning to do a quick survey next time I’m down at the plot.

The final proof of this (not-at-all scientific but hopefully quite interesting) trial will be in the harvesting, when I’ll weigh and grade the fruit as they come off the plants.

Do they use green waste which after our suspected weedkiller contaminated we are nervous about.

Hi Sue – details of the contents of the Sylvagrow are on their website, (https://www.melcourt.co.uk/product/the-sylvagrow-peat-free-planter-for-organic-growing/). They do mention green compost but say it’s “carefully sourced and certified so I’d assume that means they’re trying to avoid potential aminopyralid etc. contamination.

No idea about the Bulrush, they just call it “Forest Gold”, which could be anything from sawdust to bark chips…