At the end of May I reported on a nightmare aphid infestation that had completely taken over the young damson tree on our Plot #79 orchard. At the time the only action we could take was to completely defoliate the tree, cross our fingers and hope for the best.

I’m very happy to say that the results have been good and the damson has not only put on plenty of new leaf, but has developed lots of new stem growth as well. Here it was earlier today: 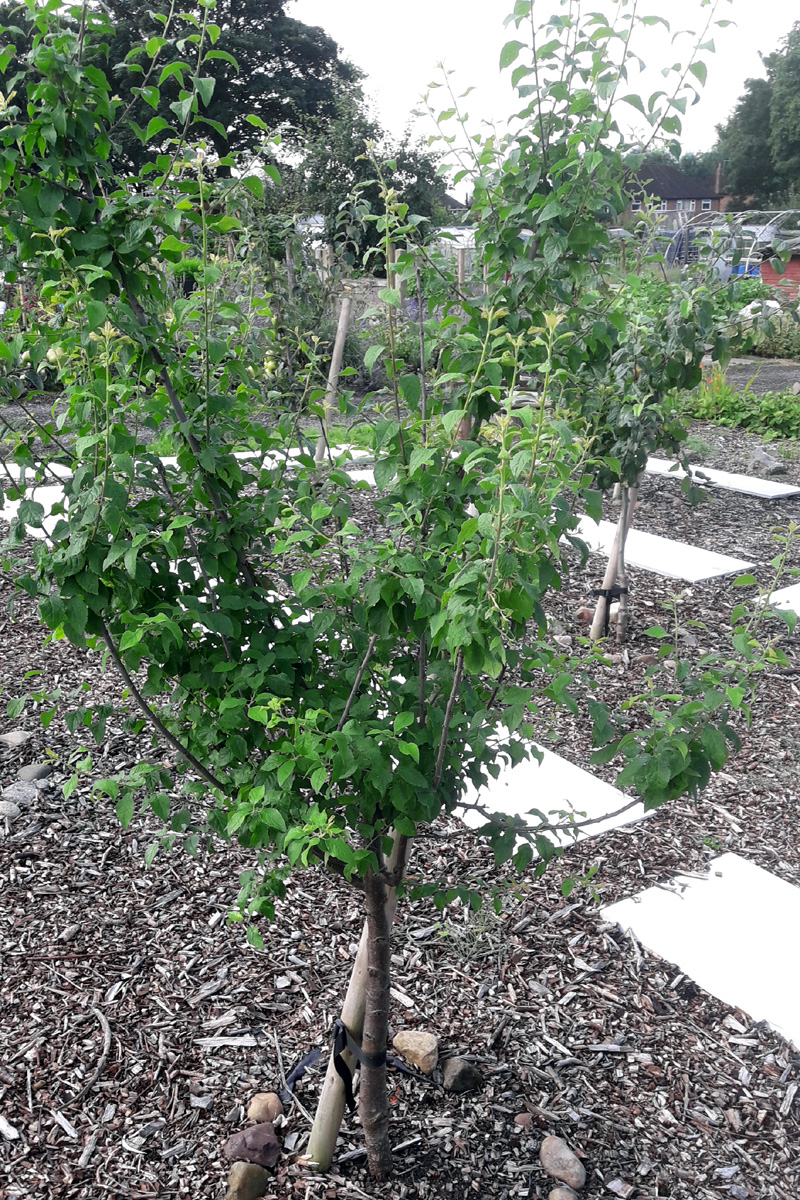 As you can see, much leafier than the last time we saw it. In fact, it was so leafy that I decided to give it a thorough summer pruning – the appropriate time to prune stone fruit trees, to lessen the risk of silver leaf disease infection – and took out a lot of the inward-growing branchlets, cutting most of the rest back to four or five leaf nodes, to hopefully try to encourage the development of fruiting spurs for next year.

However, that’s not the end of the aphid nightmare. The plum tree planted next to the damson has also been suffering from an infestation of what I think is probably mealy plum aphid or a near-relative. I tried my best to remove as many infested leaves as I could, but I clearly missed a few and they’ve been multiplying like crazy again: 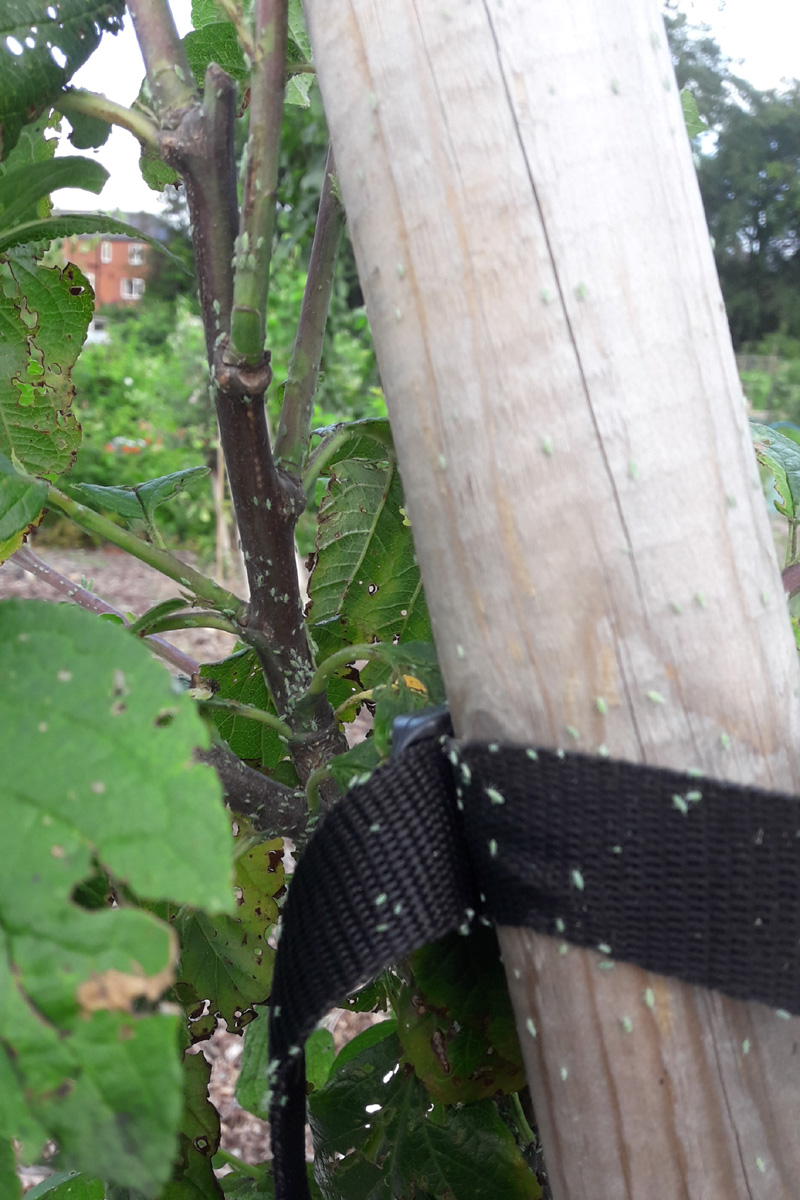 They’re absolutely everywhere, and the tree is covered in flies, wasps and other insects feeding on their honeydew residue, as well as ladybirds and their larvae feeding on the aphids, but I don’t think there are enough of them to get the job done. And I found a couple of branches on the damson which had been re-infected by these little blighters whilst I was pruning…

I think drastic measures are going to be called for again. I’ll turn up on Saturday armed with a bottle of neem oil spray, but I suspect that won’t be enough, and another de-foliation will be necessary instead. Damn. And also: blast.

How about you? Have you conquered the aphid menace this year, or are they making an unwelcome resurgence? Let me know, via the comments.

I sympathise with the aphid problem. I planted a Victoria plum about 5 years ago and the last 2 summers the leaves did not develop but were shrivelled knots. It fruited well but i removed about half the young fruit.
It took me some time to figure out a plan and last winter i used winter wash on the bare stems. This year i have fine crop of leaves but a much lighter fruit crop. In the last 2 weeks i have noticed the aphids and many leaves are densely packed with aphids. I struggle to know how to tackle this because spraying the underside of each leaf with neem oil and insecticide spray will be time consuming and difficult on the upper most leaves. I will do the squash ’em technique and probably spray before the end of June. Will by a pressure pump spray. Would love to hear from others about their methods.

I think aphid populations are always going to find a way to their favourite feeding spots if the conditions are right for them. If I remember my RHS Level 2 pest & disease module correctly, they not only give birth to live young at an alarming rate, but also have a final, winged, mature stage which means they can migrate from plant to plant. So perhaps the winter wash might have helped control the over-wintering population, but then another one just flew in once the weather warmed.

I’ve been monitoring our damson this year and a few weeks ago I spotted that aphids had started to infest a lot of the growing tips. So I went round and snipped off as many infected sections as I could find. It will mean the tree will develop more secondary side-shoots and thicken the canopy, so I’ll have to do a spot of pruning over the next couple of months to keep it from bushing up too much.

The tree is still too young to bear fruit, so I don’t think we’ll have lost anything this year.