A quick recap: I’ve been sent a Super Composter hot composting bin to test out, which I set up back in May. The initial load of compostable materials went in on a dull day at the beginning of June, and I’ve been keeping tabs on the temperature and general state of the bin since then.

Initially, the temperature in the Super Composter got up to 30oC, which was an impressive 10oC warmer than the control bin that I set up next door, but still only half way to the maximum of 60oC that Tony at SoilFixer said the bin could achieve. After some conversation on the subject I realised that by using material from the allotment compost bays that had already been rotting down over winter, I’d probably over-done the browns and not put enough greens into the mix.

In a nutshell: ‘Browns’ – carbon-rich materials – break down much more slowly than nitrogen-rich ‘greens’, which provide better food for the bacteria and other organisms that generate heat as by-product, which in turn warms the compost and speeds the rate of decay.

Tony suggested I add another batch of greens, give it a stir and check the temperature the next day. I did so, using a mix of kitchen scraps and some fresher allotment waste, including freshly-chopped comfrey leaves – but the temperature still only peaked at 32oC. Again, warmer than the 21oC in the similarly-boosted control bin, but far short of the 30o rise we were looking for.

Since then the temperature has steadily tailed off in both bins – today it was down to 26oC in the Super Composter and 18oC in the control – as the stock of greens has been gradually consumed and exhausted. The temperature decline is seemingly independent of the outside air temperature, which was a roasting 23oC in sunny north Manchester this afternoon. Testament to the insulating properties of the bin. 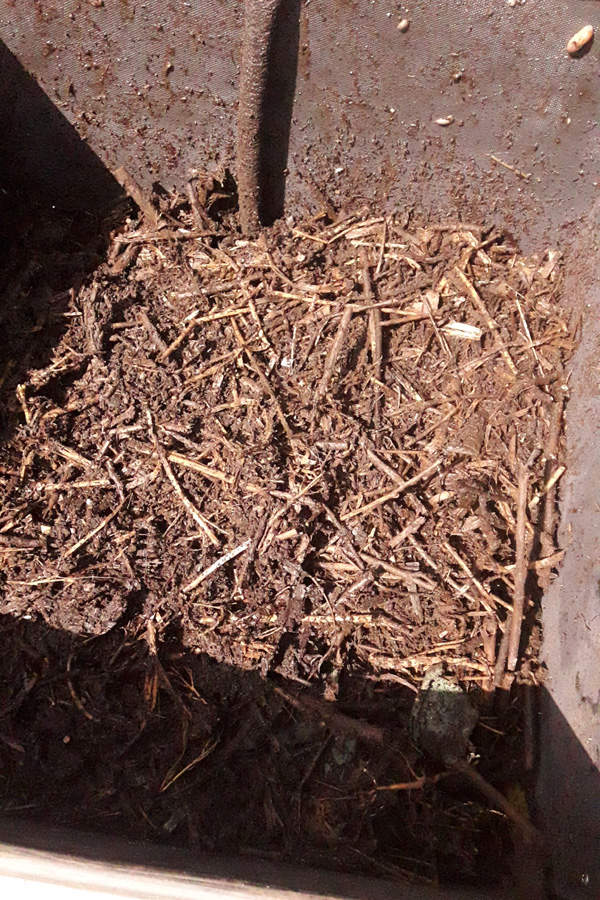 As you can see, the overall volume has reduced considerably, there’s not much in there you’d recognise as a leaf, and although the current mix might need to be roughly sieved to separate out a the twiggy bits, that’s pretty much usable as-is.

By comparison, here’s the contents of the control bin: 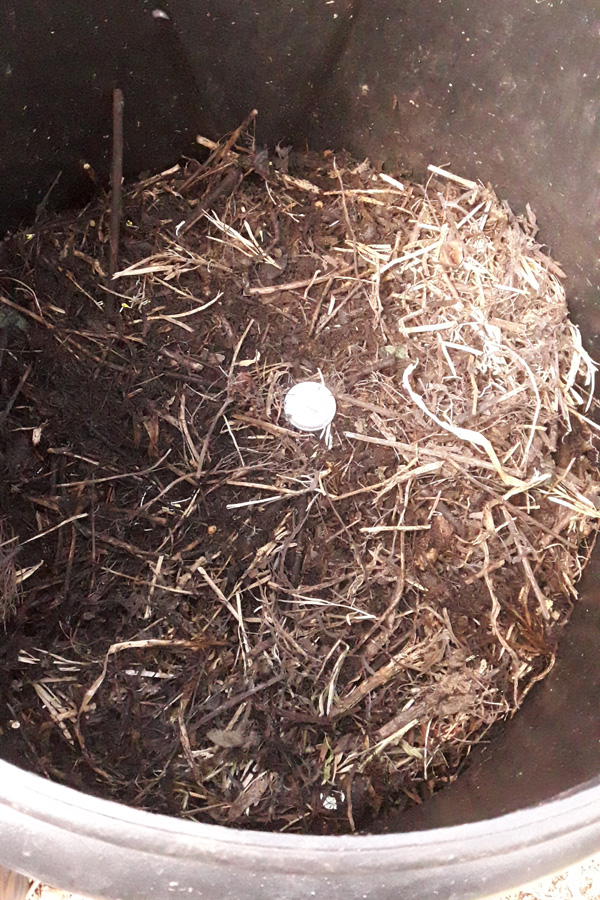 Again, there’s no sign of green matter, but there seems to be a lot more dry, grassy and/or woody matter than there is in the Super Composter. The latter seems to have retained moisture much better as well; the mix is noticeably stickier and less crumbly.

The plan now is to give it another couple of weeks (making it around 8 weeks in total) and then empty the Super Composter when it looks like the bulk of the material in there would be usable. I’ll then attempt a fresh batch, using mostly greens and only part-composted browns – I’ve been doing a lot of clearing and trimming on the plot, I should have plenty to use – and then run the trial again, recording temperatures and making observations with a (hopefully) better starter mix of materials.

I’ll keep you posted. And in the meantime you can read about SoilFixer‘s own trials setup, and meet the other gardeners who are trialling the Super Composter on the testing panel. (Yeah, that’s yours truly, right at the top, squinting in the sunlight so see if he’d got the camera on selfie mode or not…)

Hi Darren
The “woody” bits look like they could be twig type cuttings from shrubs or hedges – would that be right? Did they go through a shredder or just snipped with secateurs?
Even if you hit 60C, it would be optimistic to breakdown woody twigs in 8 weeks. They would need shredding down to small bits (5mm x 5mm) to get them into humus within 3 months.
As long as low % of total compost (eg less than 20%), I don’t worry too much with woody material going back into soil.

Thank you Tony, I’ll take the front off the bin and see what’s what in a week or two, then start over with a fresh batch. Should allow time for the SC to work its magic before Autumn really gets a grip.