As I mentioned recently, I’m trialling the Super Composter – a new hot composting system from the folks at SoilFixer – and Saturday was setup day down on Plot #59.

The instruction sheet called for somewhere that isn’t in full sun for too much of the day. Rather tricky on our very open, exposed plot, unless I hide the Super Composter around the back of the shed, which would make it rather awkward to fill. 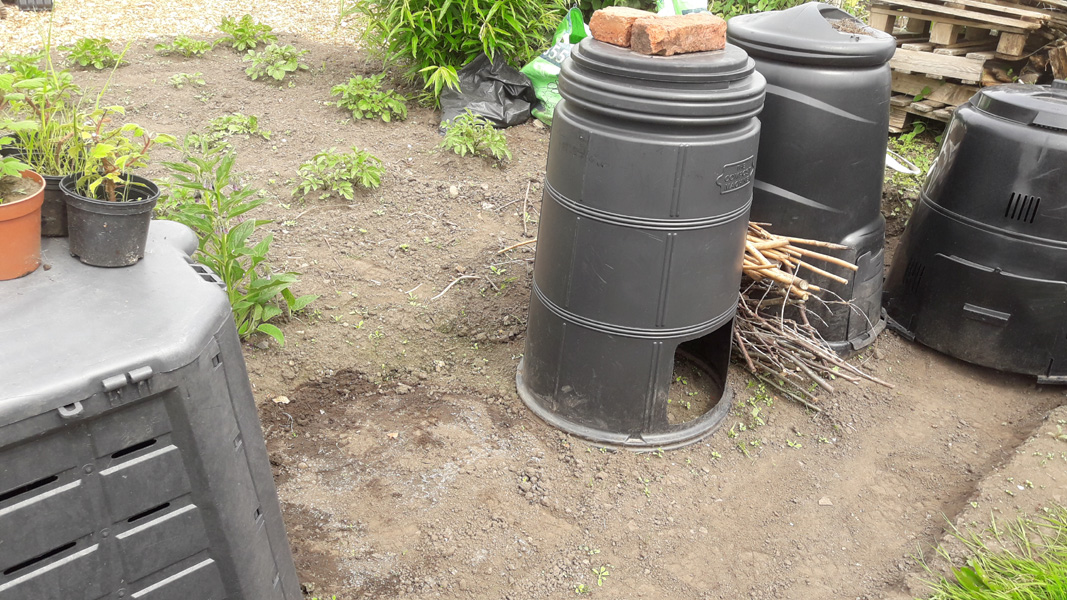 So instead I’ve decided to rearrange the assorted plastic compost bins that I’ve already got set up nestle the new bin amongst them. That way I’ll be able to run a more direct comparison of the Super Composter against a standard black bin (I’ll actually be rearranging them some more and using the one second-from-right as the control bin) in the same position.

Delivered on a pallet, the trial version of the 300l Super Composter comes as four main weather-proof, insulated panels – made from 100% recycled plastic – with a packet of fixings, a bag of Soilfixer’s biochar-based compost activator, and another, smaller bag of sample compost, so I know what we’re aiming for when the composting is done, which should hopefully be around 90 days after loading.

The instructions were clear and easy to follow, simply a case of using the bolts provided – with large, plastic hand-grips attached – to fix the four upright sections together and nudge the aerator hose down to the base. Then, the lid just had to be placed on top and the hinges screwed into place. Finally, a catch was screwed onto the side and the whole unit was ready to go in around 20 minutes. 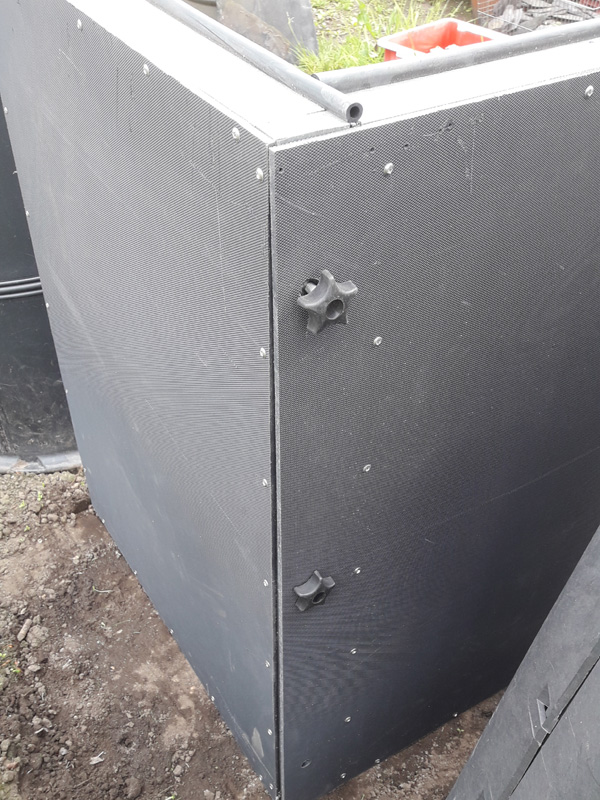 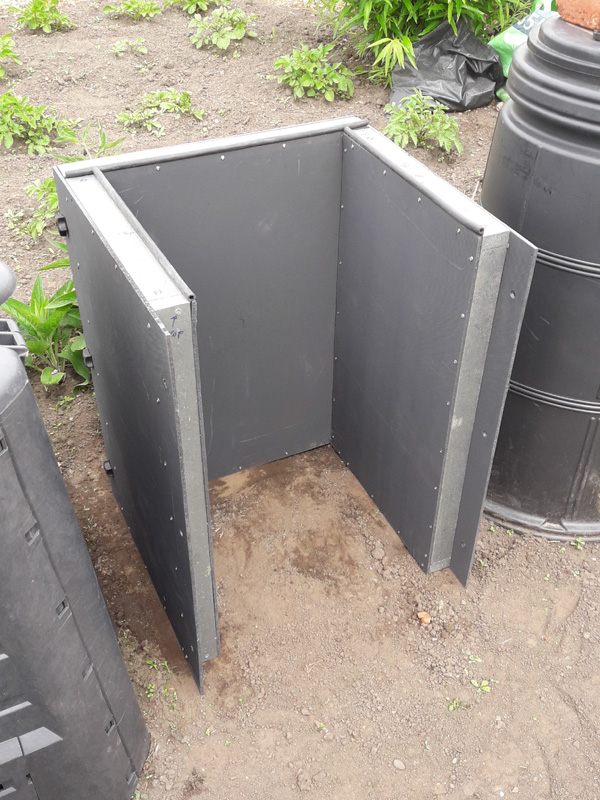 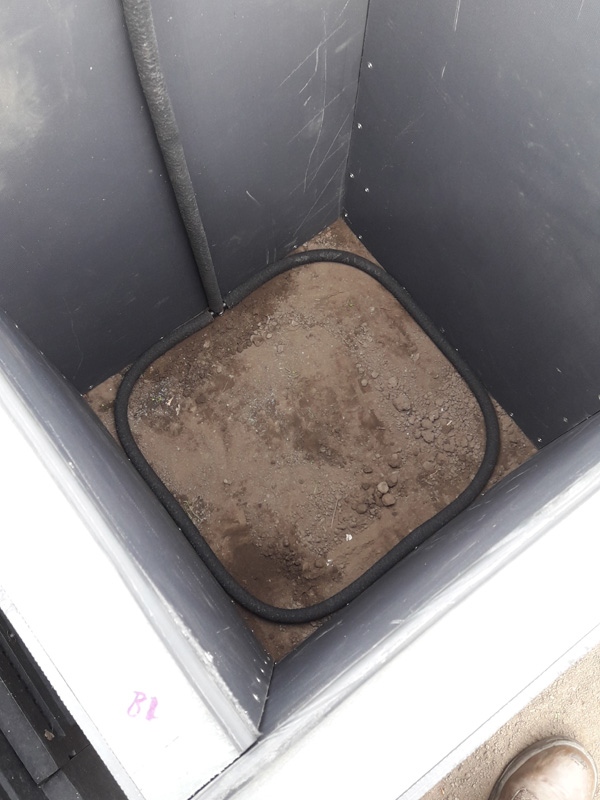 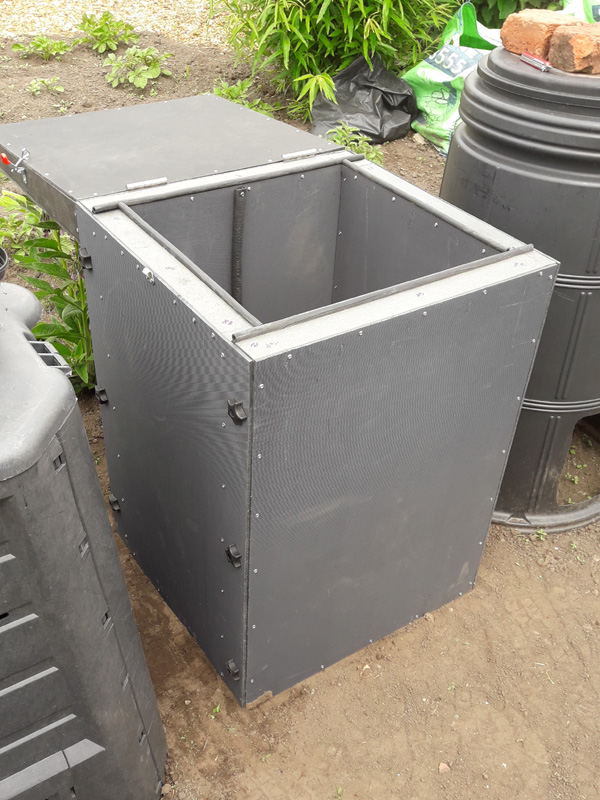 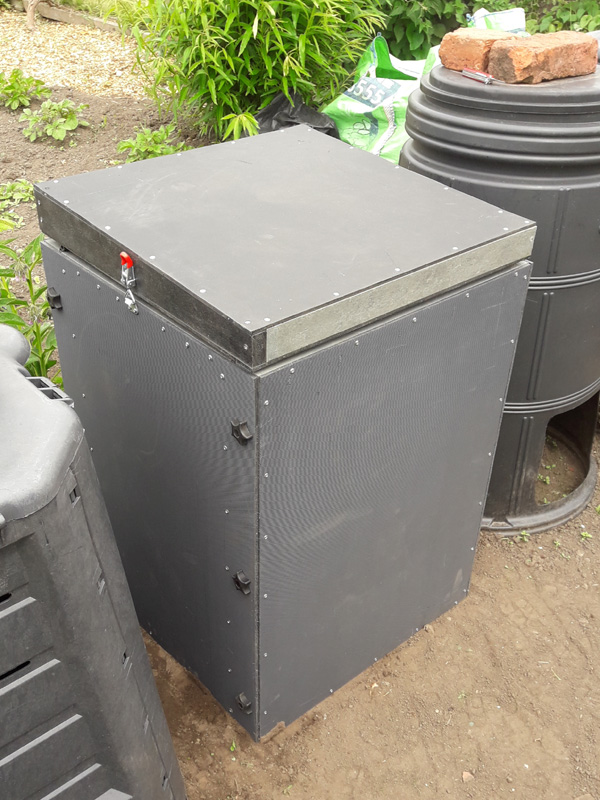 The finished unit is compact, solid, and the functional aesthetic fits nicely with the general tone of the utility area of our allotment plot… which is to say that it ain’t pretty, but it definitely looks like it means business.

The next stage will involve filling as much of the bin as I can with green waste. I didn’t put anything in there on Saturday as we’ve had a very dry spell recently, with rain forecast (and duly delivered) on Sunday & Monday and green waste does need moisture to decompose properly.

I’m going to have to use some of the roughly broken-down material from our two compost bays as a starter. This is where we dump any and all compostable material from the allotment, turning it every so often and then transferring it into one of the plastic bins to finish for a few months.

For this trial, I’ll aim to divide whatever we’ve currently got between the Super Composter and the control bin, and then add to them both at a steady rate over the coming months. The instructions suggest shredding waste before adding it, but as I don’t have an electric shredder, or a power supply on the plot to run one, I’ll just have to rough-chop everything with a spade and see how the Super Composter copes with (let’s face it) a much more likely usage scenario.