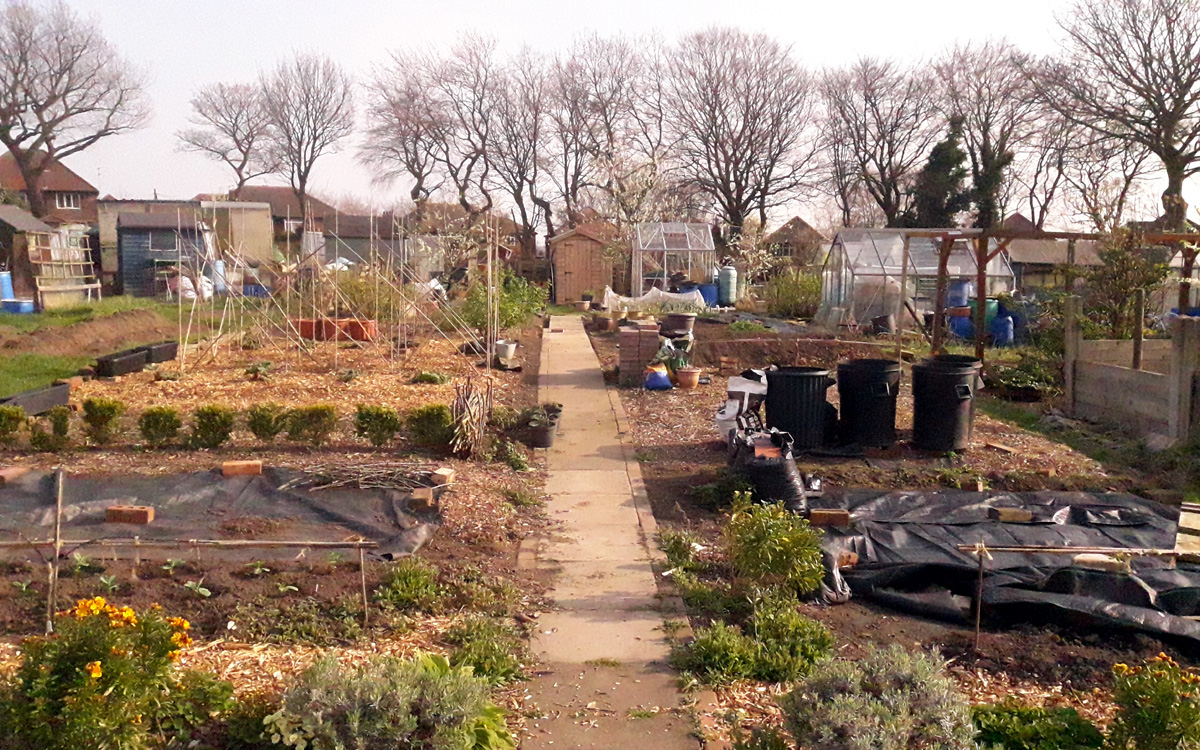 April has started with a minor cold snap – nothing too drastic, but just enough to remind you that when the planting advice says “after all risk of frost has passed” we haven’t reached that point just yet, and might not until the end of the month. Hardier plants only for now, folks.

Here’s a look at our to-do list for the rest of the month:

March was a good month – or at least the second half of it was, after the wet and wild weather had passed – with a lot of infrastructure work moved forwards. A lot of grass has been cleared and added to the hugelkultur bed, along with some well-rotted horse manure and rotted rhubarb root. I reckon that’s now ready for planting up, or will be once we have squash plants to plant into it.

A delivery of wood chippings to the site (mostly Prunus laurocerasus and very leafy, but you work with what you’ve got) means I was able to replenish or lay down quite a lot of paths. Speaking of paths, I also forged ahead with the flag path up the centre of the plot, as you can see from the photo at the top of the post. Just a few more to complete that one – plus the block pavers down the side to widen it to around 1m – and then I can start on the side path, eventually.

I also planted out two more stepover apples and a dozen broad bean ‘Martock’ – a centuries-old variety that’s meant to produce small, but very tasty beans – sowed three rows of root veg, and continued harvesting last year’s leeks; just a dozen or so of those to go now.

We’ve started April well, with a good afternoon’s work yesterday resulting in a post, wire and cane-framework for cordon apples: 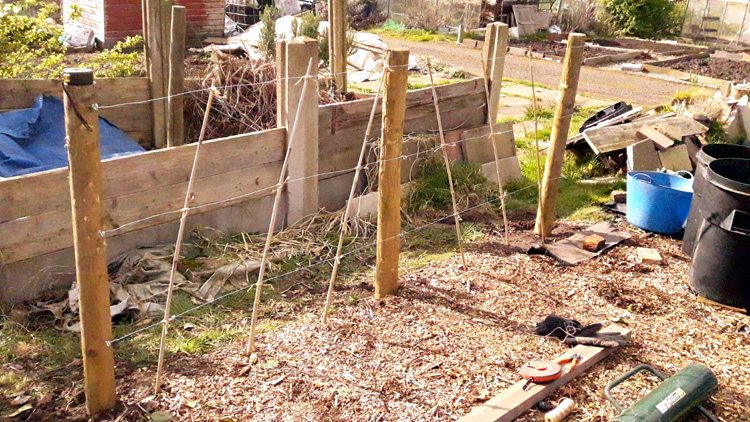 We’ll be planting our six cordon apples – grafted last year and started off in air-pots to help establish a healthy root system – at the weekend. More details to follow.

Not much action on the orchard plot last month. The plum, gage, damson and pears have put out blossoms, which will hopefully survive any frost this cold snap has thrown at them – but otherwise it’s all quiet.

The main seed sowing season is about to start. Lots to do this month:

How about you? Is April the month that your sowing and growing efforts really get going? Let us know, via the comments…