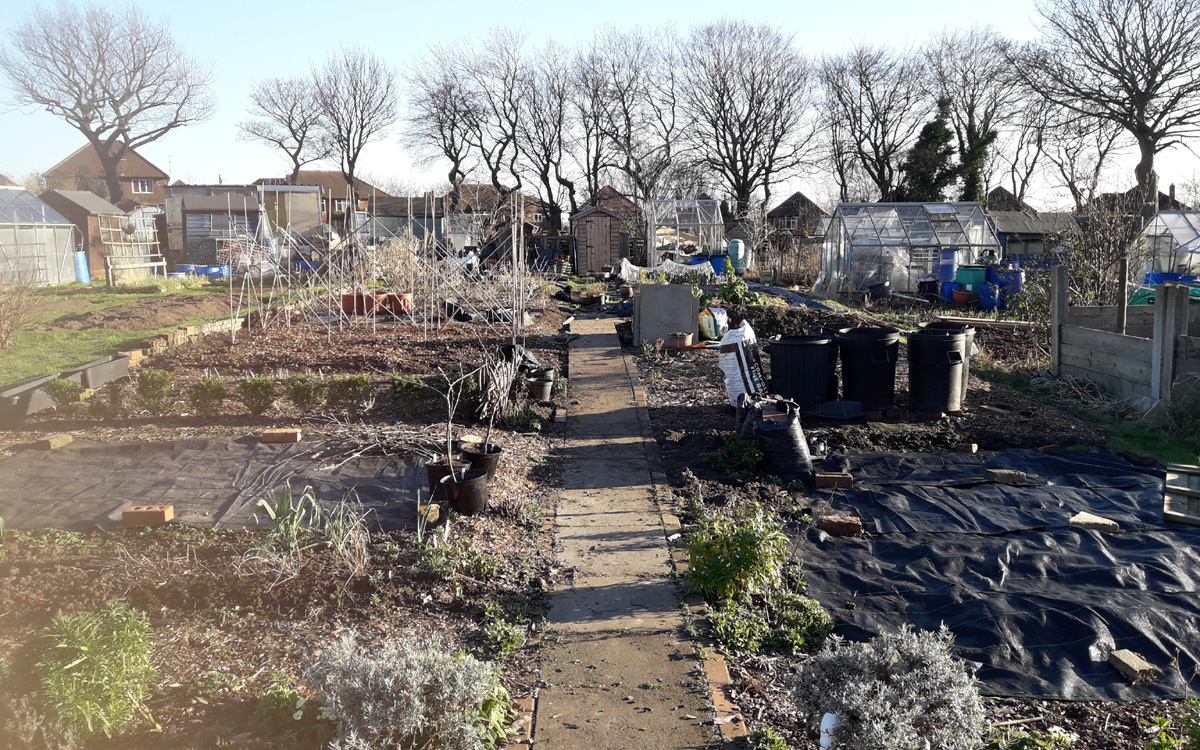 After January’s appropriate chill, February threw us a curve-ball in the shape of a blast of warm air up from the Canary Islands. A few days of positively June-like warmth saw weed seedlings shooting up, pear and apple blossom buds almost breaking (hopefully they’ll have paused again now the weather has returned to grey, damp normal) and the first insect-bite of the year (ouch!)

Now the calendar has turned again, and March presents us with new additions to the list of jobs to be cracking on with. It won’t be quite as busy as April, when the Propagation starts to ramp up and the seed-sowing production line really clicks into gear, but there are still plenty of maintenance and preparation jobs to be done on the plot.

Here’s a run-down of what’s on our to-do list:

We’re pleased with the amount we were able to get done in February – in stark contrast to last year when we were stuck inside, sheltering from the Beast From the East – the highlights of which were undoubtedly starting off a hugelkultur bed, setting up and planting out the new raspberry section, dividing and replanting half our rhubarb crowns, and pruning the Plot #79 orchard. (If you’re interested in a more detailed run-down of activity last month, please see the Feb 2019 journal page.)

My good mate Ian P and I took care of the formative pruning of the apples, pears, quince and medlar a couple of weeks ago, so that’s done and done well. Members of the Prunus family – our plum, gage and damson – will wait until late April or early May, once the risk of silverleaf disease has abated.

I’ve also weeded the tree circles, which leaves the following:

With the main (10′ x 8′) greenhouse freshly scrubbed and hosed down, it’s ready for the seed sowing season to start. Although April and May are the main months for mass-propagation, there are a few plants it’s either wise or necessary to start off a bit earlier, or that we’re trying to sow and grow in waves this year, to avoid massive gluts. (Ha! 50p says nature has other ideas…)

How about you? What are you planning to crack on with in March? Let us know, via the comments…