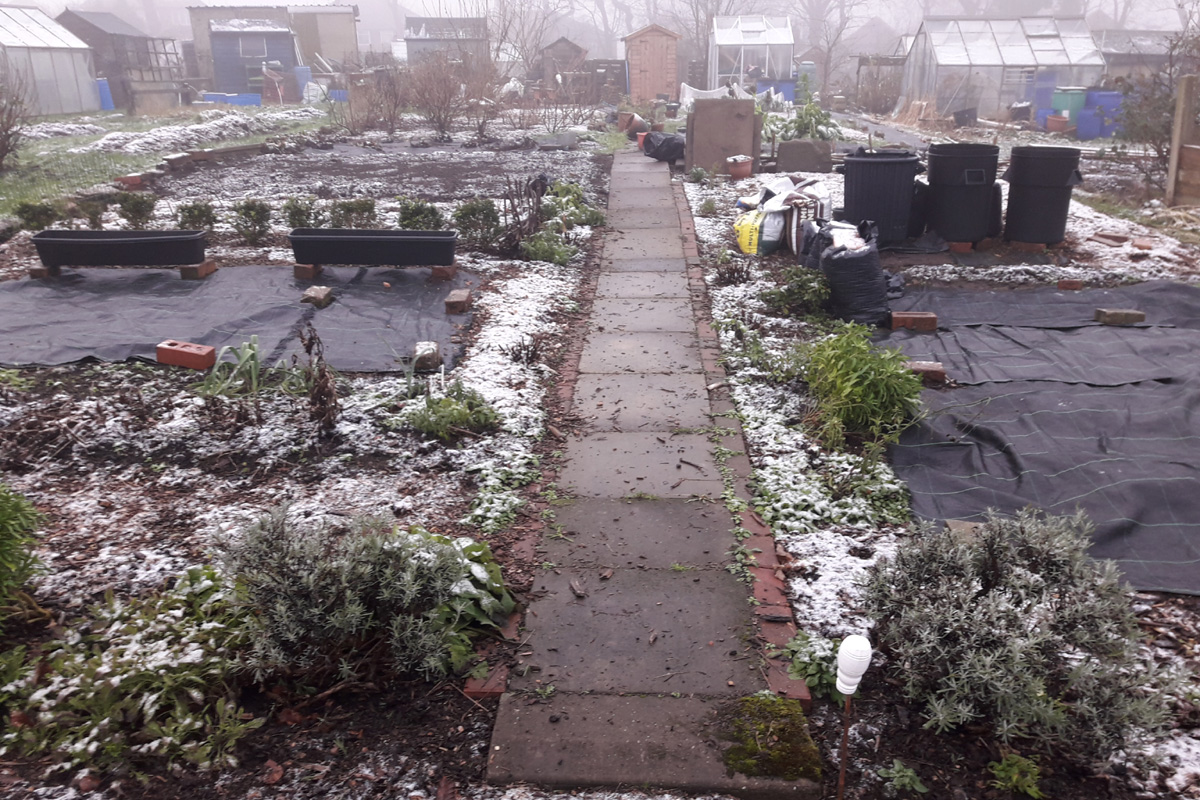 January has finally delivered a spell of cold weather – essential for helping apple and pear trees to break dormancy and set blossom at the right time, and for killing off slugs and other pests – and as this photo shows, Plot #59 is hunkered down and riding it out.

The ground, when not frozen solid, is sodden and so shouldn’t even be walked on, never mind worked. Compacting the soil at this time of year will lead to all sorts of problems with poor aeration later in the growing season. Best to keep off and bide your time for now.

That said, there’s still work to be done, when the weather does allow it. Here’s what we’re hoping to push ahead with in February:

Looking back at the jobs for January, I’m pleased to say we got a couple of them done: the willow has been coppiced, the raspberry and strawberry beds grubbed up ready for re-planting (if our order of plants ever arrives…) and the shallots are potted up in the greenhouse, putting down roots before they’re planted out later in the year. 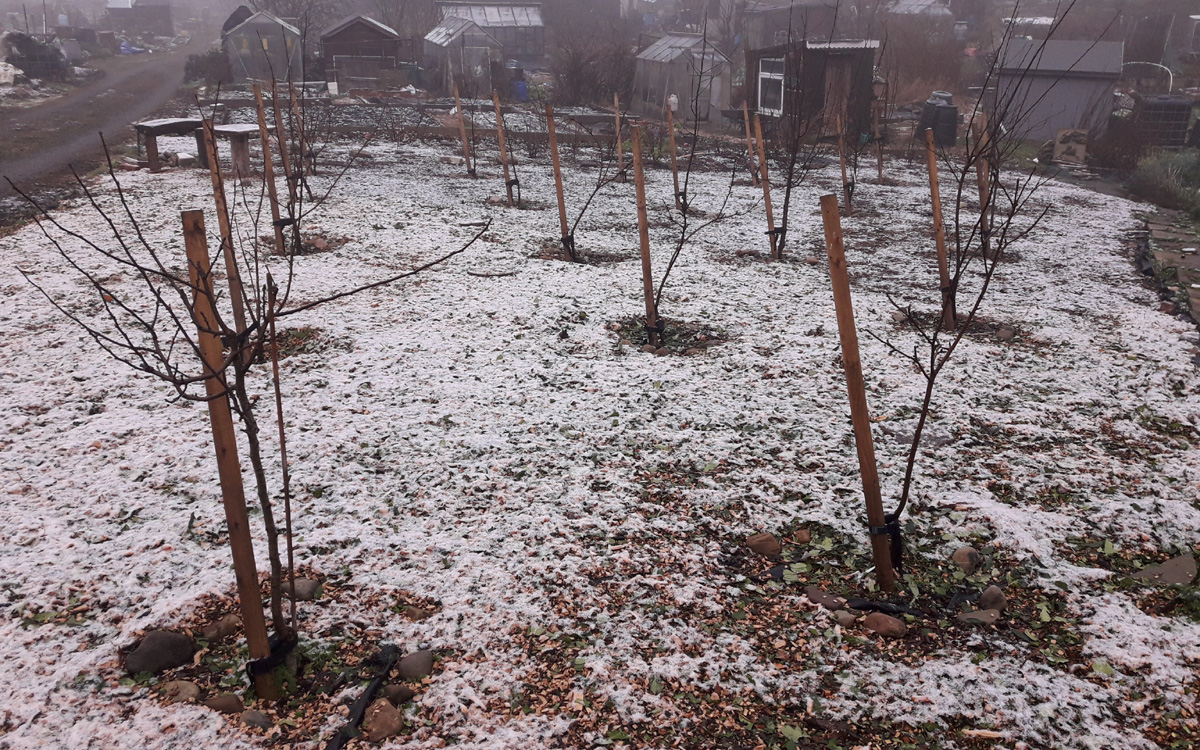 Nothing happened in January. I did speak to fellow plot-holder Mike about the annual pruning, but the weather has been against us ever since. The to-do list therefore remains: 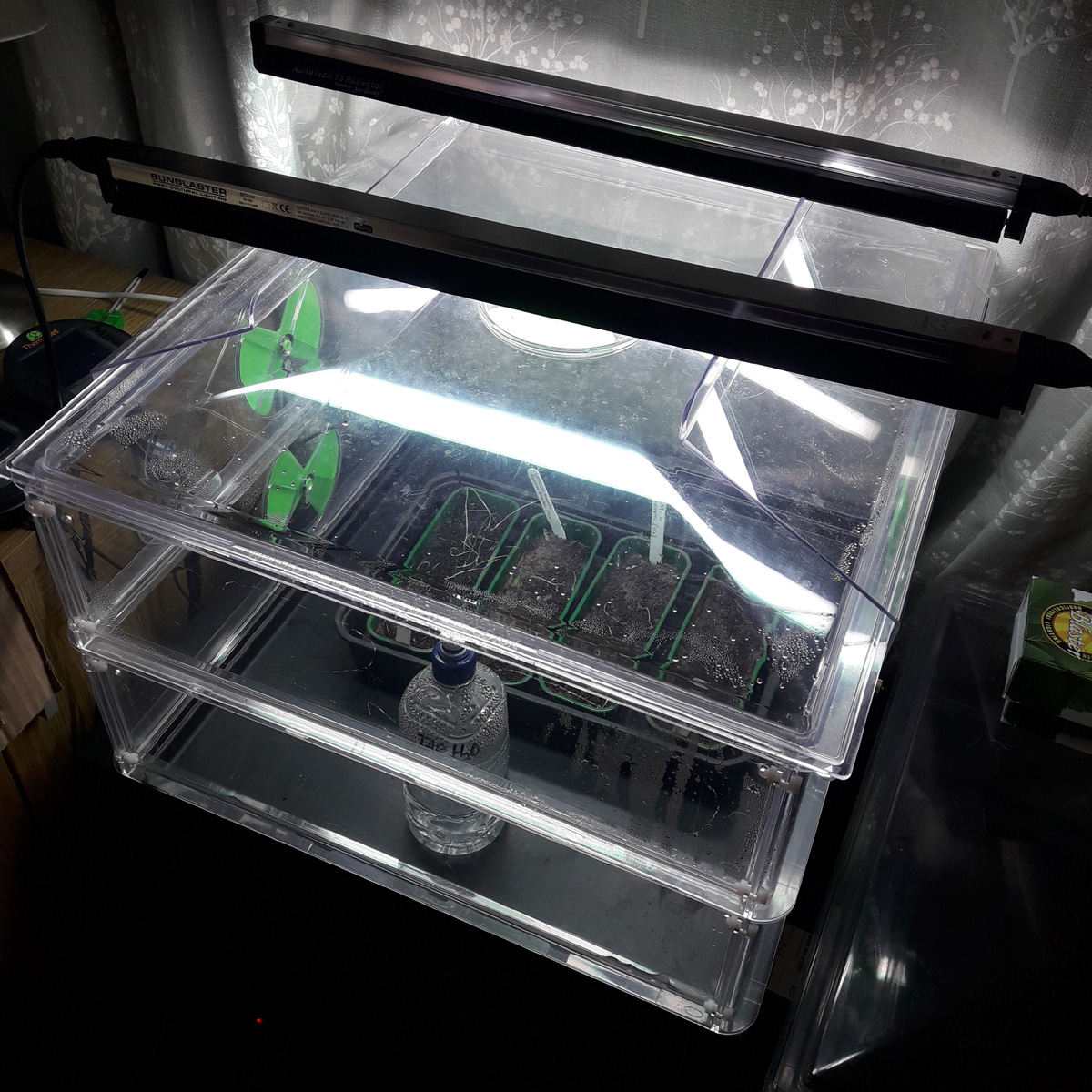 Both our Vitopod propagators have been set up and the lights kit for the smaller unit has been set up and is helping our chilli, potato onion and goji berry seedlings grow strongly. Due to a stock shortage of the correct light tubes and unsuitable substitute being sent out (sorted out with minimum fuss by the supplier and as quickly as stock of the replacement light tubes would allow, I have to say) some of the seedlings ended up etiolated and leggy despite my best efforts to keep turning them, so we lost a few. But what’s left seems to be enjoying a 12 hour cycle of good growing light.

On the rest of the list for this month:

That lot should definitely keep the pair of us busy. How about you? What are you up to this month? Let us know via the Comments…

2 replies on “Allotment Jobs for February 2019”

How quickly a month slips by – even in winter!

Yeah, that was a quick one. It’ll be interesting to see what the rest of February and then March brings – mild enough to put spuds in, or Beast From the East II – Return of the Beast..?