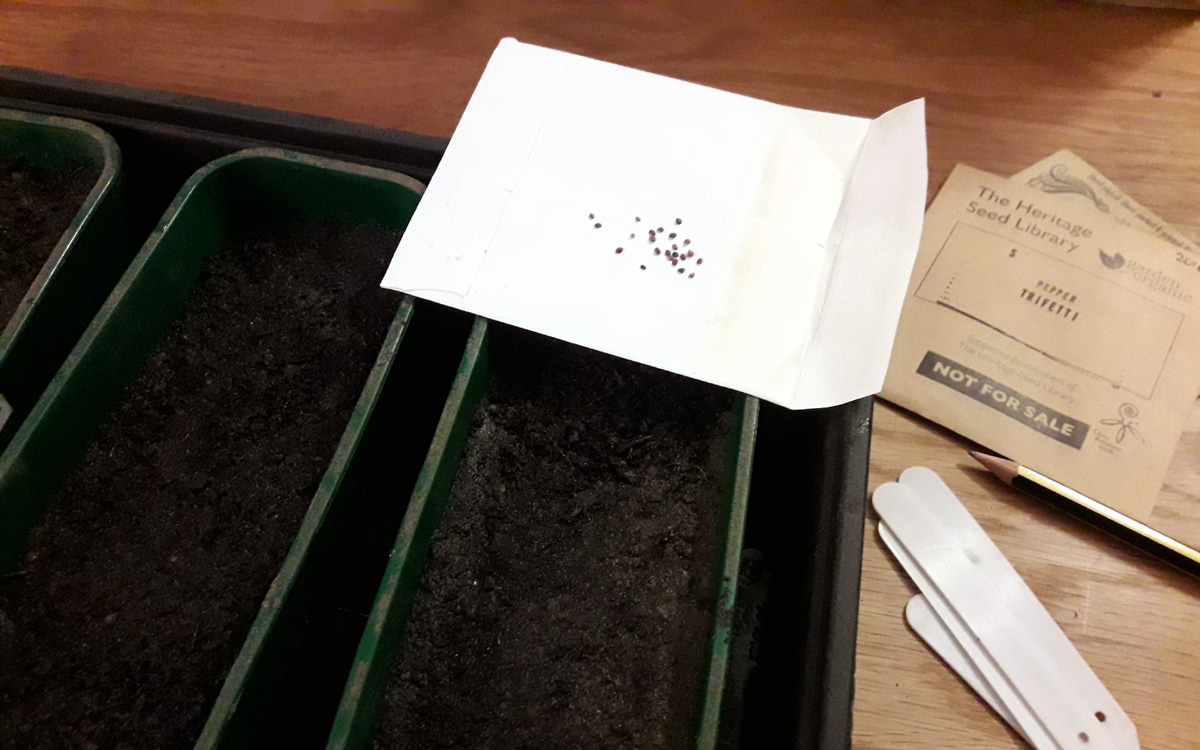 It’s still far too early to sow most types of fruit and vegetable seeds. Unless you have a well-appointed propagator / greenhouse / cold-frame setup and the knowledge to move and manage your seedlings to safeguard them through the tricky, all-too changeable first part of the year, the results are usually disappointing. Thin, leggy seedlings, starved of light and desperately reaching up for any glimmer they can strive for: not the stuff that strong, healthy, productive plants are made of.

Having said that, there are always a few exceptions to the general rule; a few plants that it’s good to get started early. Either species that need a long season of growth to develop to their full potential, or leafy mini-veg that you’re going to harvest before they’re anywhere near full-grown (think micro-greens, cress, that sort of thing) or, frankly, a few things that you’re only growing out of vague interest whose potential failure won’t constitute a disaster.

Because, dammit, it’s good to get growing again! It’s good to feel like Spring isn’t so far off after all, and we’re doing something positive to bring a little new greenery into our lives. And as gardeners, we all need more of that sort of thing. So if there’s something you can get away with growing now, then get the hell on with it!

With all of the above in mind, and the fact that we do have a Vitopod heated propagator – complete now with recently-purchased grow-light rig – and a large, unheated greenhouse to provide plants with the required light and protection, I’ve sown a few seeds this morning.

“Potato Onions”, by the by, are a multiplier onion, similar to shallots. In fact, they may well be shallots, just with a different name. Alex Taylor the Air-Pot Gardener very kindly sent me some seed last year, which I didn’t get around to sowing. Alex sourced the seed from the USA and grew his own onions from it, then I think he saved seed from those and that’s what I’m sowing. That reminds me: must check in with him and see how his grew last year and whether there’s any noticeable difference to the shallots we know and love over here in the UK.

How about you? Are you starting anything off early? Casting caution to the wind and just going for it? Or waiting until the weather’s a lot warmer? Let me know, via the comments…