A timely reminder from Monty on last week’s episode of Gardener’s World sent me down to the greenhouse yesterday afternoon to check on our stock of over-wintered Dahlia tubers.

Dahlias are perennial plants that over-winter by storing sugars in large tubers below ground. But these tubers aren’t particularly frost-hardy or water-proof, so they do require protection to get them through the wet British winter. So they were dug up, dried out and potted up in spent compost last November, just after the first frosts killed off the foliage.

They’ll soon (hopefully) be bursting into new growth, which makes now the ideal time to check them over and make sure they’ve survived their winter hibernation intact. Here’s how:

Start by tipping the Dahlia tuber clusters out of their storage tubs, and have a look for any obviously rotten, shrivelled or split tubers. Remove those, either by very carefully cutting them away with a sharp knife, snipping with secateurs, or gently twisting the affected tuber, which carries less risk of accidentally damaging healthy tubers.

It’s important to check every singly tuber in the cluster, in case there’s one that looks fine but is actually rotten beneath its skin. Give every tuber a squeeze to make sure it’s firm and healthy, once again removing any of them that aren’t.

You’ll soon find out if a tuber is rotten. Luckily, squishy tubers don’t seem to smell all that bad, but there’s always a risk of squirtage, so don’t squeeze them too hard…

Once you’ve cut, snipped or twisted off any dead or diseased material, you should be left with a clump of healthy tubers, attached to a section of stem. At this point, you can also divide large clusters of tubers. Sometimes they split and separate during the checking and cleaning process. Otherwise, a bit of gently pulling might reveal a faulty line that you can take advantage of.

As long as the section you break off includes one or more storage tubers and a section of the stem / growth node part of the plant, then you should be be able to pot it up and grow on a whole new Dahlia plant from it. We started off with five or six bought-in tubers and over the past couple of years have increased our stock to around two dozen plants.

Re-pot each tuber into a mixture of spent and fresh compost. You can use all-fresh compost, which isn’t a bad idea if you’re planning on keeping the Dahlias in pots year-round, but I’ve found found that if you’re planning on planting them out when all risk of frost has passed then a 50:50 mix of spent – you can re-use the over-wintering compost – and fresh is fine. Once the plants go into the ground they’ll be able to draw on the nutrients in the soil.

Hopefully your efforts will be rewarded with a glorious display of dazzling Dahlias from mid-summer right through to Autumn! 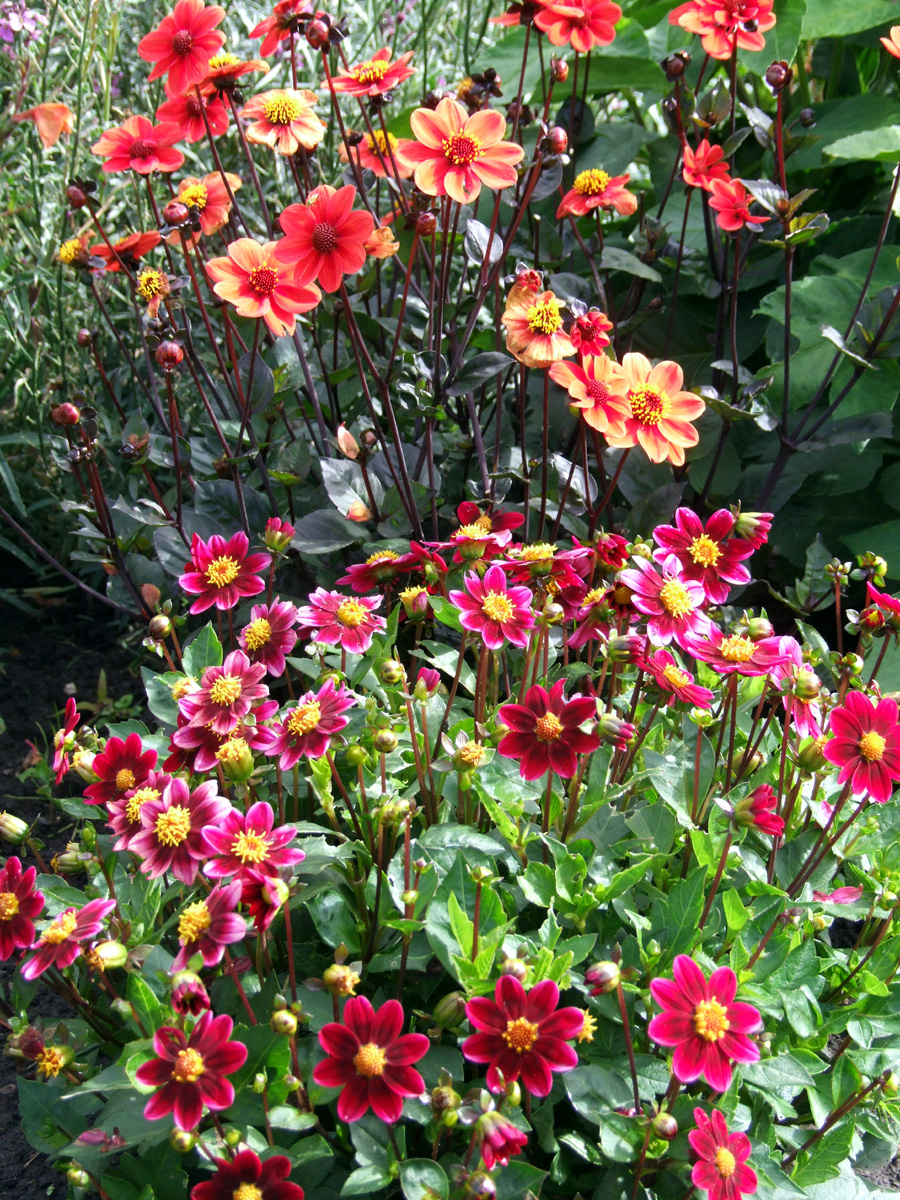