Back in April and May I posted about three different mint cuttings that I’d taken from an old ‘Eau de Cologne’ mint plant that I wanted to propagate.

Here are the original cuttings again, for reference:

All three cuttings have grown strongly in the nearly three months since they were taken and potted. 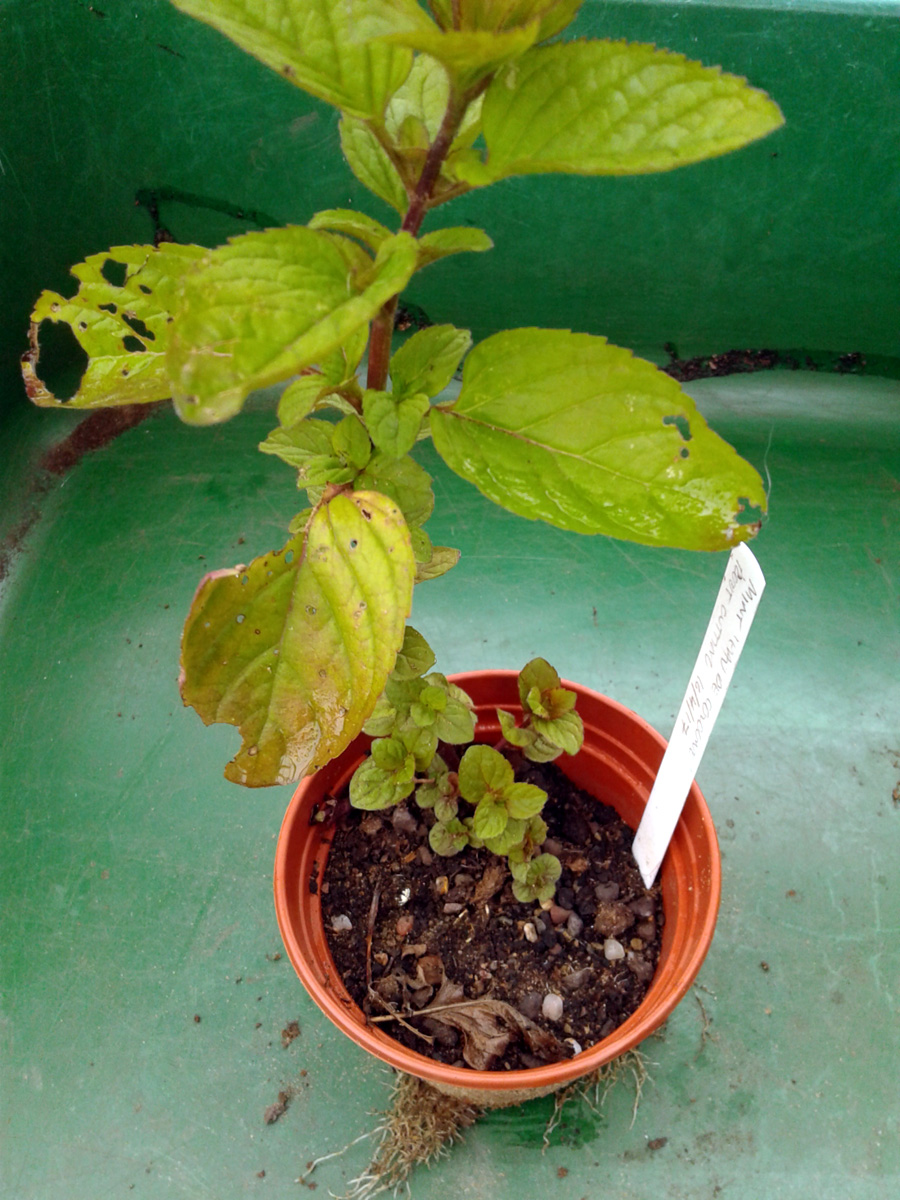 This cutting was taken mostly bare stem, with a small amount of leaf, seen at the bottom of the original pic. The main stem has developed really nicely, there are several leafy side-shoots developing, and runners have begun to colonise the edges of the pot as the plant seeks to expand its territory. All signs of a healthy mint plant. 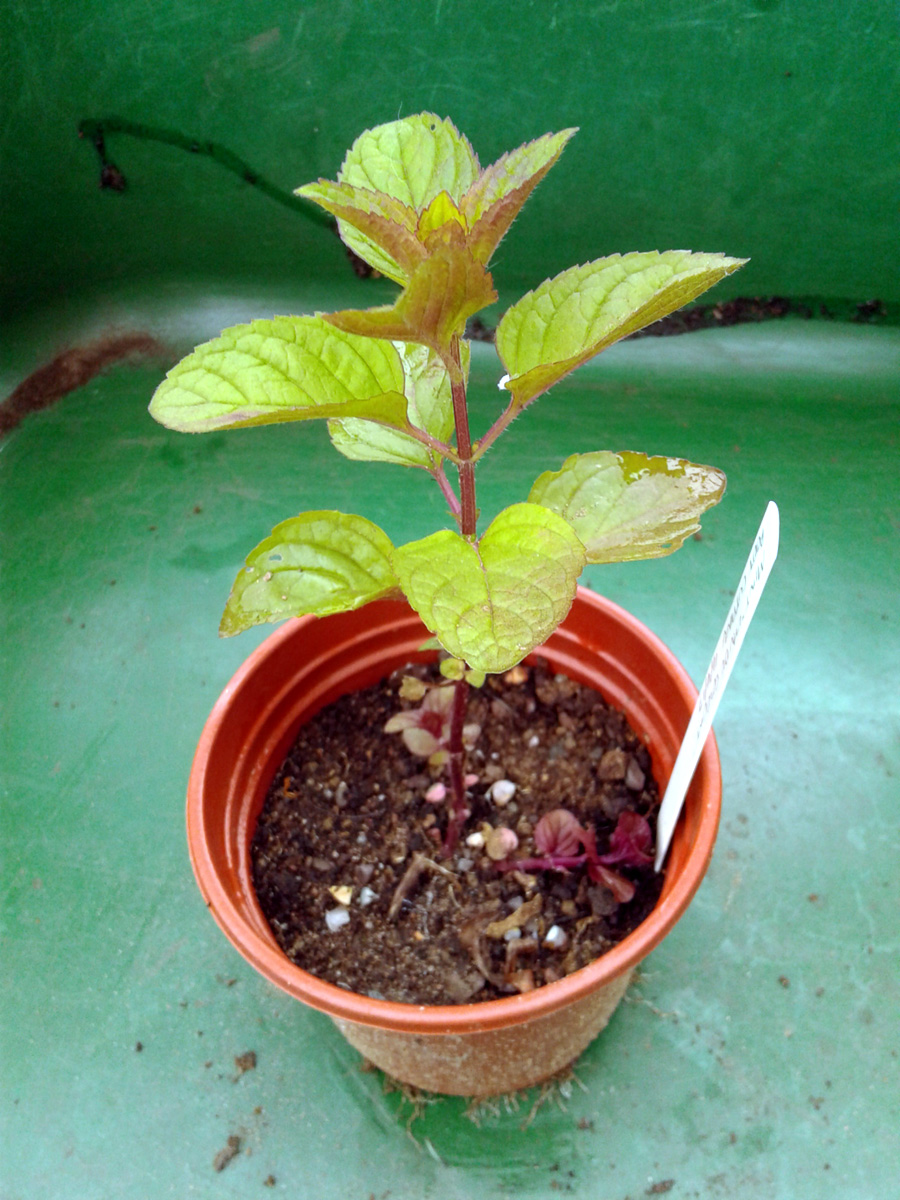 This cutting was originally taken as a length of bare stem only, seen top right in the original pic. Again, once main stem has grown well and started sending out both side shoots and runners to extend its reach around the pot. Growth hasn’t been quite as vigorous as it was for the plant that started off with a little extra leaf on it as well. 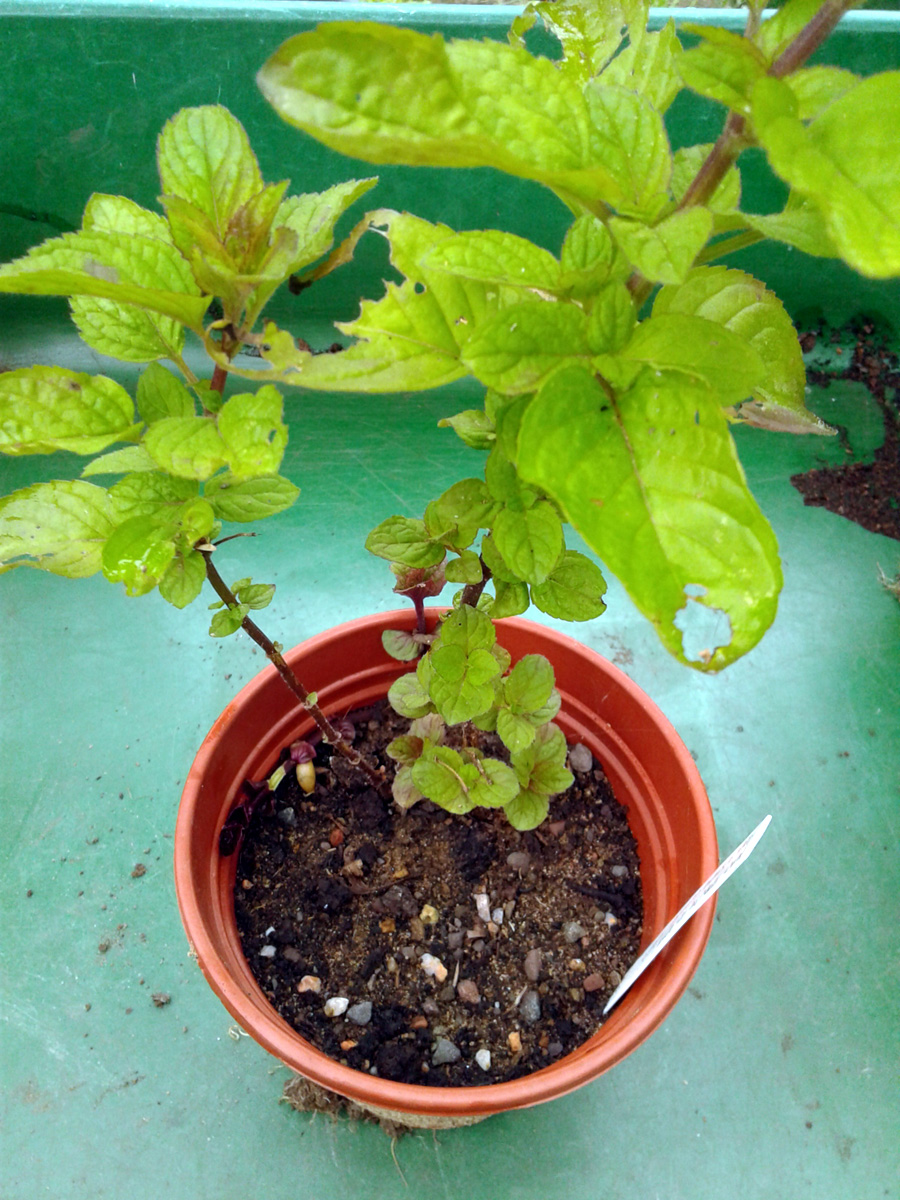 Finally, this cutting was one that was taken with a couple of decent-sized leaf clusters attached and it seems to have performed the best of the three. Growth is strong on two main stems, and a strong runner has circled a third of the inside of the pot and sent up another vertical stem.

To conclude this brief and not-very-scientific-at-all observation: it seems as though the best way to take mint cuttings might be to trim a length of stem that has one or two leafy nodes already in growth, rather than just a bare length of stem, but the latter method clearly works just fine as well. This does make some sense: the leaves will provide energy through photosynthesis that the cutting can use to establish its new roots.

On the other hand, if the cuttings were taken at a different time of year, the rate of moisture loss from the leaves might have depleted the cutting’s stores before it could take, and killed it. And of course, this conclusion doesn’t take into account all the various and sundry factors that could have affected the relative growth of these three particular plants, such as the possibility that predation – they all look a little slug-bitten in places – could have held them back at times. But it was an interesting little test to run.