About a month ago I posted details of – well, not really an experiment, more an observation – of three different mint cuttings that I’d taken and potted up. As a few people were interested enough to comment, I thought I’d post a quick follow-up.

Here are the original cuttings – all taken at the same time from the same stock plant, an ‘Eau de Cologne’ mint – for reference:

All three cuttings have shown signs of new growth: 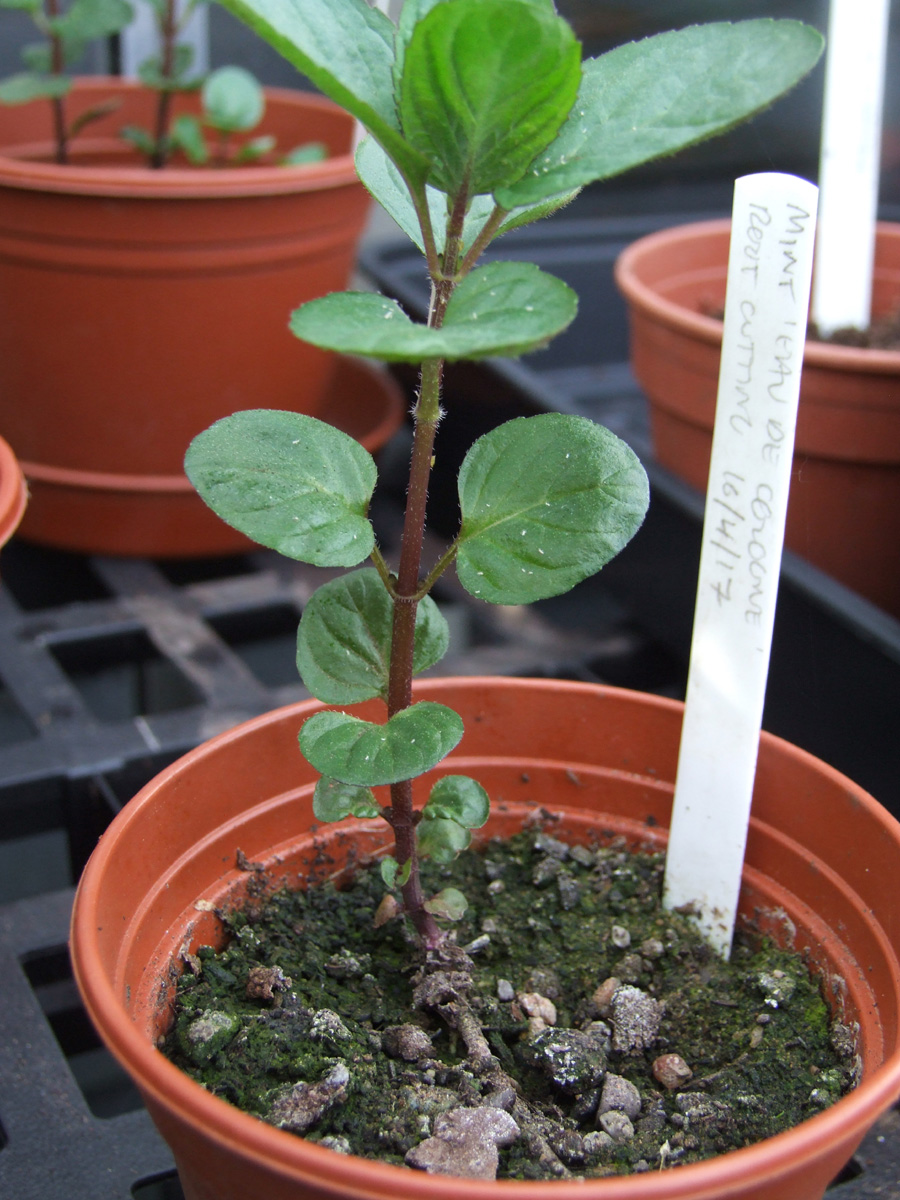 This first pot was the one at the bottom of the first pic. As you can see, the existing growth has increased dramatically (and it’s picked up a few greenhouse whitefly or aphid passengers…) but there hasn’t been any new growth from elsewhere along the stem. It seems that the apical dominance of the growing tip has ensured that one node continues to grow, and others are being suppressed. 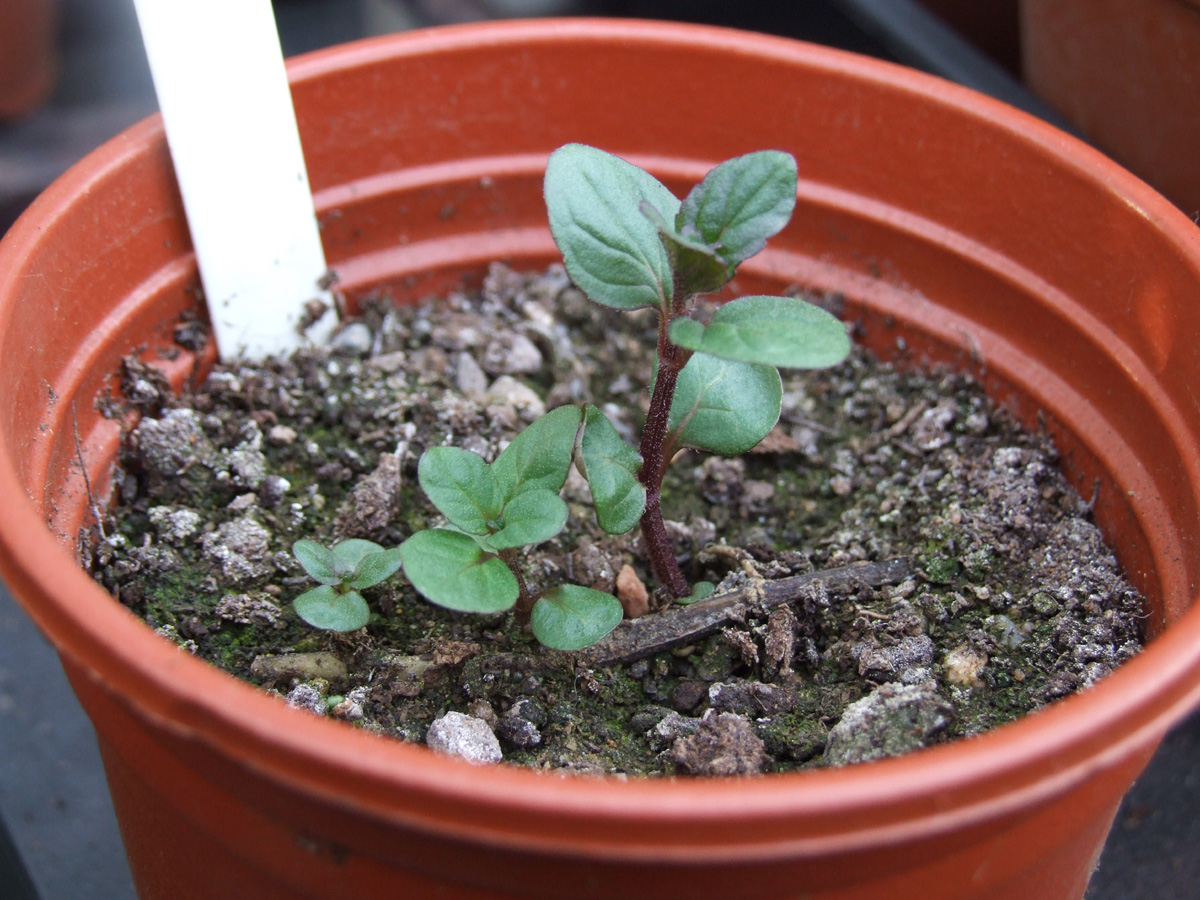 In contrast, this pot was originally the bare-stem cutting (top-right, original pic). As you can see, three new growth points have developed at nodes along the stem and are developing at varying rates. I’d expect that they’d all eventually continue to develop to roughly the same size. 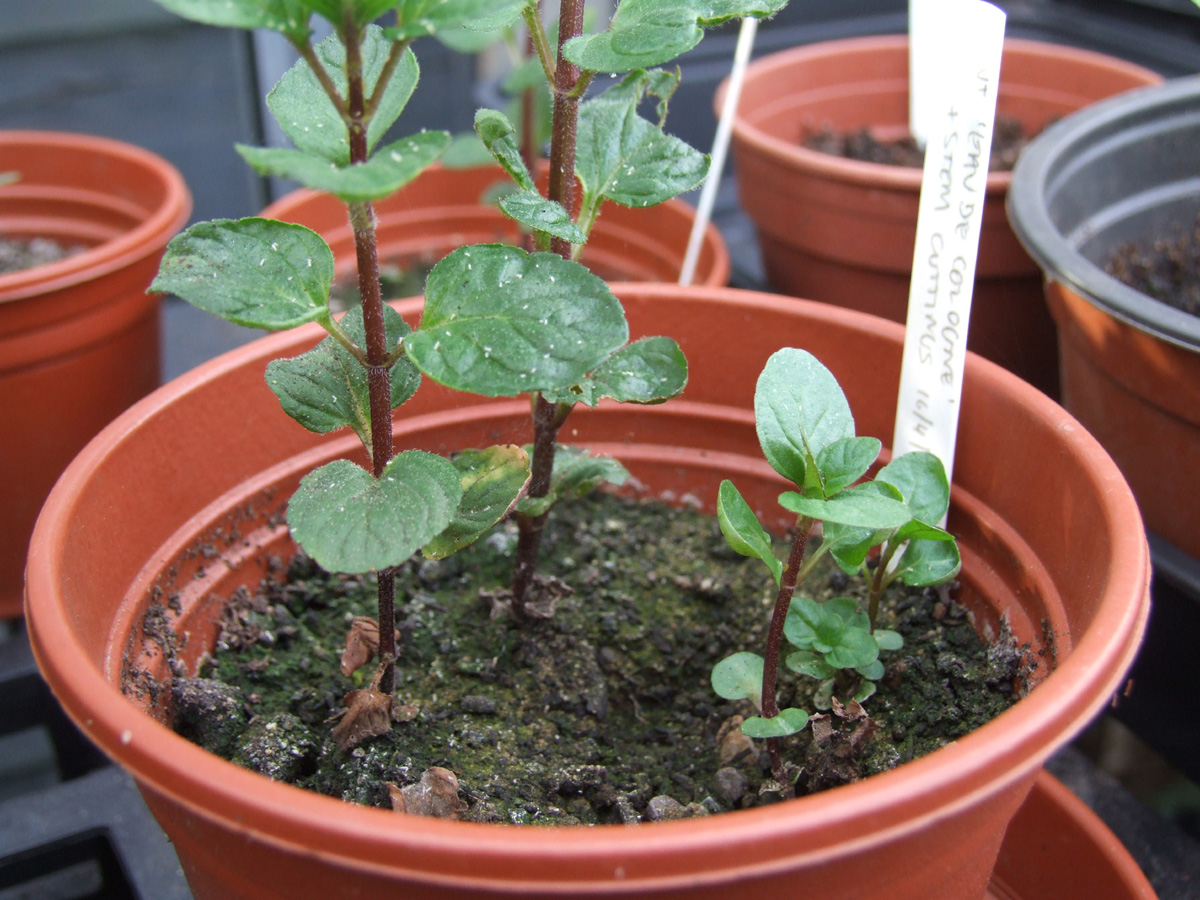 Here (originally the top-left pot) there are two different growth patterns, a mixture of the above. On one cutting the two existing leafy growths have developed. One the other the original (very small) leaf growth has died back and two new ones have developed instead.

Interesting, no? I’ll keep an eye on all three pots and see if the situation changes.