September turned out to be a really good month, weather-wise, so I ought to have been down at Plot #59 for most of it, working my backside off to finish a few infrastructure projects, clearing the last few patches of stubborn weeds, sowing a few winter crops and prepping for next year’s growing season. Instead, I spent most of the month working on our cottage garden project – digging, digging, and more digging – so progress wasn’t quite as dramatic as I’d hoped.

Still, with a few good weather days on the weekends, Jo and I were able to get down to the plot and put in a good few hours’ graft. Here’s what we achieved:

September is, of course, the month of multiple harvests. At the beginning of the month we lifted the last of our main-crop ‘pink fir apple’ potatoes and a bit later on we picked our squash and put them to cure in the greenhouse. We’ve also had the last of the fresh runner and French beans and have been picking dozens to dry for winter stores.

Our chilli harvest has been pretty good this year as well; a first attempt at chilli jam was made, with reasonable results. We’ve also been picking and eating sweetcorn – served up in smoked paprika butter, more often than not – and have lifted a few turnips – they’re surprisingly tasty when oven-baked – and picked the first cabbage and kale of the year late (we planted them out quite late) last week.

I deliberately planted the cabbages out quite close, the aim being to grow smaller, two-person heads, rather than football-sized monsters. Of course, what’s happened is that every other plant seems to have out-grown its neighbours, crowding them out and developing into big ‘uns. Nature, eh?

And of course, the Autumn-fruiting raspberries are in their element at the moment. We’re picking a good-sized clip-top boxful every few days and we’re managing to eat our way through most of them, either fresh or stewed down with apple and blackcurrant as a topping for our morning porridge.

All in all, we’re doing quite well; we’ve not had to buy much veg from the market or supermarket to supplement what we’ve been able to pick from the plot, and if I was spending a bit more time down the plot and a little less in the back garden then we’d be eating even more of our own-grown, I’m sure. Next year we’ll see if we can get to 100% plot-grown for the whole of the Summer and as much of the Autumn as we possibly can.

I’ve finally been able to get to grips with the tricky central section of the plot and have started digging and levelling a channel for the main path. Again, progress has been a little slow, mainly due to the presence of a rubbish midden right in the middle of where I’m working; more on that in another post.

Soon to be tackled: the asparagus patch is looking like it’s ready for cutting back, once the stems begin to turn a little more yellow:

The leeks that I planted out at the end of August have put on some good growth. It’ll soon be time to start thinning out a few baby leeks for eating, to give the others more room to grow and develop.

It’ll soon be time to start pulling our root crops – for roasting and mashing with some of our squash and ‘Saxon’ spuds – as well. The salsify and scorzonera seem to be doing well, we’ve got massive mooli radishes coming along, and I think the carrots – presumed fly-eaten and useless – might actually have made a comeback. I’m not too sure about the Hamburg parsely, but I’ll lift some in the next couple of weeks and see where we stand.

The sunflowers have finished and gone over – we’re leaving the seed heads for the birds – but Jo’s Rudbeckia and Cosmos are lovely at this time of year, adding bursts of late-season colour in splashes of yellow, orange and red. 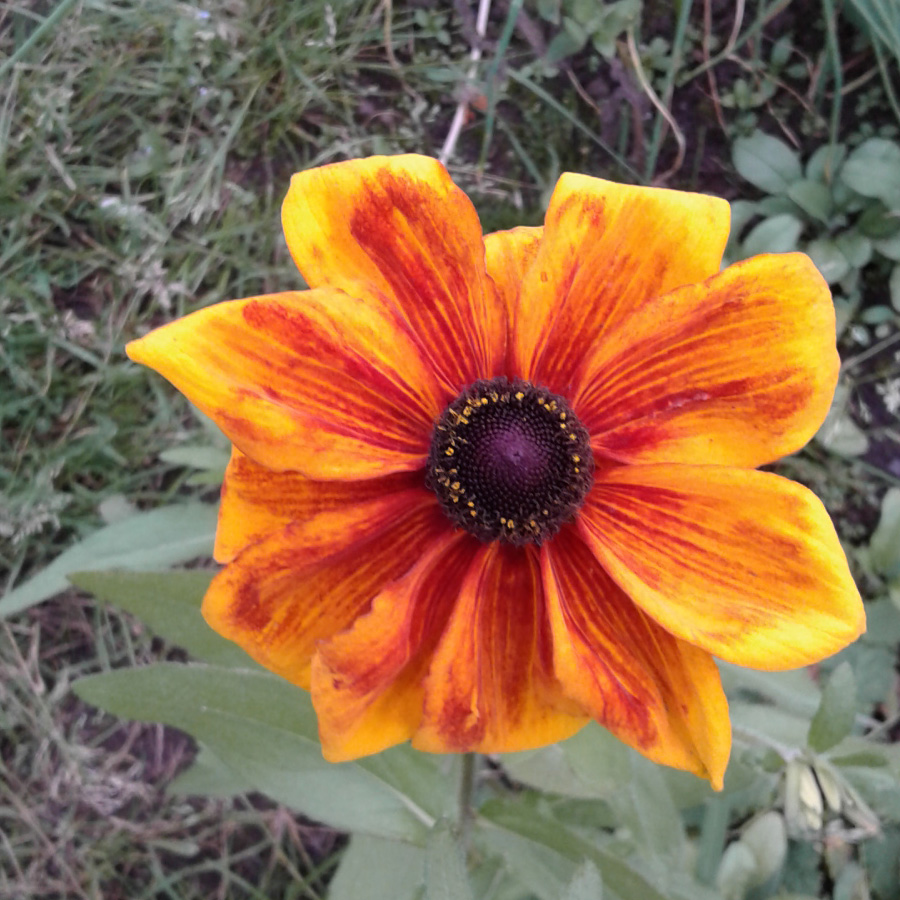 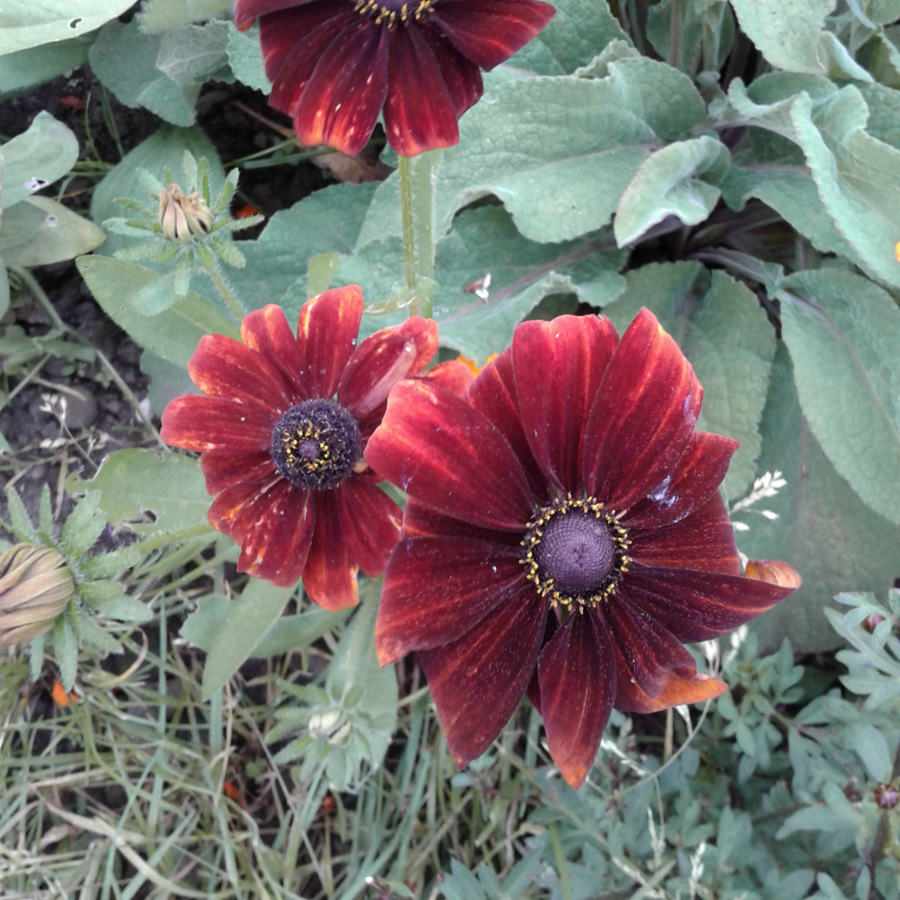 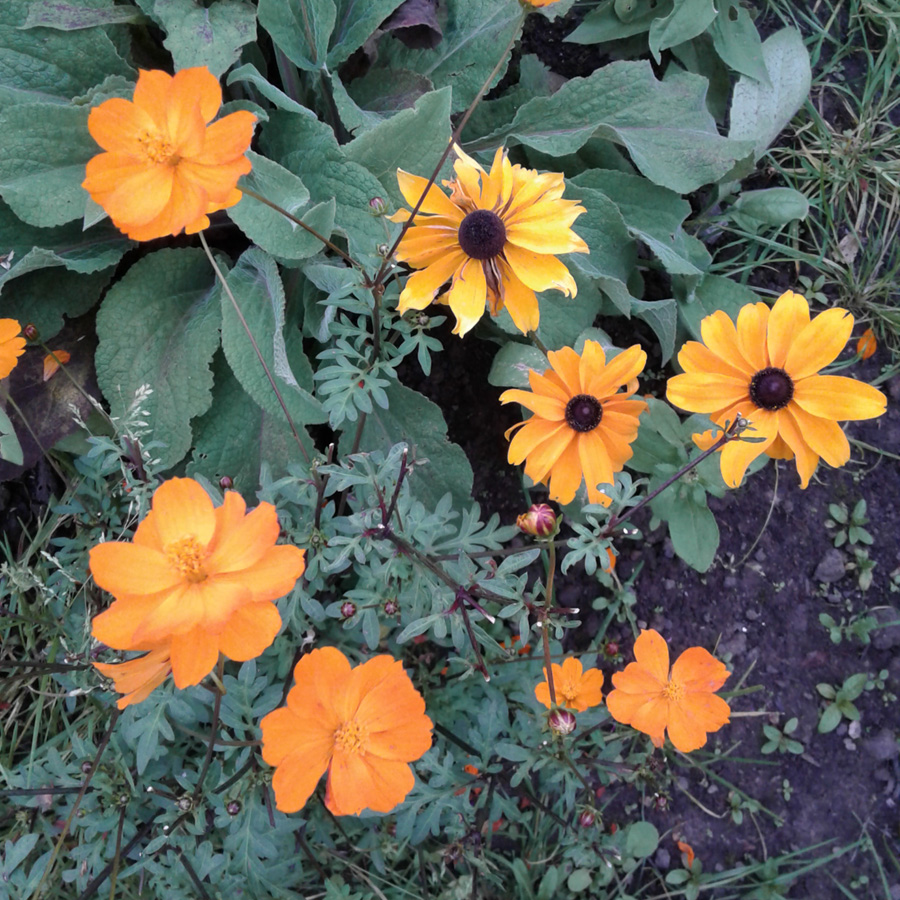 Our Dahlias are still going strong as well; they’ll keep flowering until the first frosts and then we’ll need to see about lifting, drying and storing the tubers. Likewise the Tagetes among the courgettes and the Nastutiums that have run rampant across about a third of the plot; they’ve dropped so many seeds we’ll be seeing them for a few years to come, I reckon.

It’s been a good month, lack of time notwithstanding. Let’s see what the rest of October brings.